We commonly hear that Marilyn was to be the first celebrity to appear nude on film. The issue with that claim is that it is entirely false. What she would have been (if scenes showing her bum and breasts were used) would be the first established, American, mainstream, A-list actress to appear nude in an mainstream picture that shows both her breast(s) and bum.

“Inspiration” was the first non-pornographic film to show nudity. 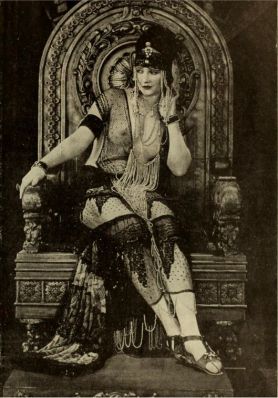 Betty Blythe had a few topless scenes in the “Queen of Sheba” but they were not included in the American edition of the film.

Clara Bow in “Hula.” The above picture is commonly cited as being in the movie yet when you watch the clip you see nothing but Bow’s legs and shoulders. Still scandalous being Bow was obviously nude but being nothing is seen, this one tends to be considered the first modern day A-list celebrity to be knowingly nude in an American print. 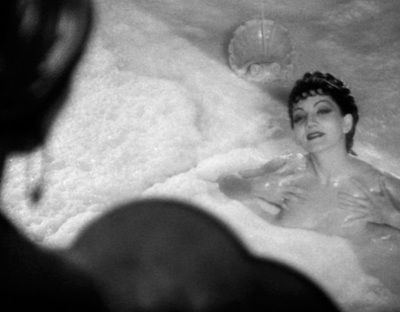 Claudette Colbert takes a bath in ass’ milk (really spoiled cow’s milk) in “The Sign Of The Cross.” This film is in the same vein as Bow’s in “Hula.” 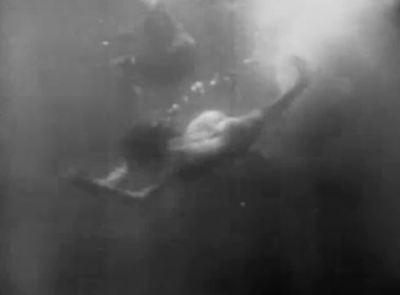 Dolores Del Rio made her famous nude swim in 1932’s “Bird of Paradise”. Her bum is obviously visible. The Hays code was in effect but didn’t really start to affect movies until two years later. Because of this, “Bird of Paradise” is considered pre-code.

“Ecstasy” is the first film to depict sexual intercourse and the female orgasm in a non pornographic film. It starred a young Hedy Lamarr who was at least a mildly successful film actress in European films at that time.

Marilyn flashes her breast and bum while filming “Something’s Got To Give.” A big sticking point would be if this scene would have made it in the final 1962 cut. I have my doubts but it’s possible.

Jayne Mansfield ended up taking the title from Marilyn in 1963’s “Promises, Promises.”

Note – There are many, many European and American actresses who appeared nude in films that were released across the pond. Marilyn was to be the first to have her film released with nudity (breasts and bum shown) in the United States, that wasn’t an underground picture, who was an American, that was filmed while she was an A-lister. This is actually an extremely specific title.