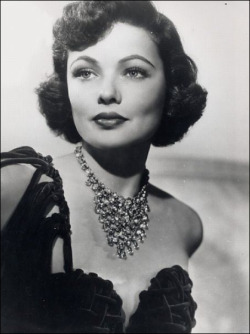 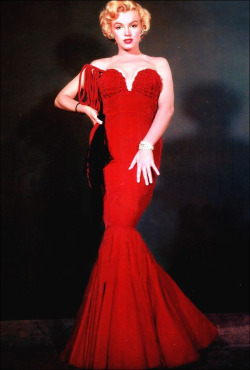 Marilyn fans have a mixed reaction with this dress. Some love it, some hate it, but we all seem to be able to agree that Marilyn looked good in it (especially when she wore the strap correctly!). But what happened to it?

Let’s start by establishing how the story goes. Oleg Cassini designed this dress for his wife, Gene Tierney, to wear in “Where The Sidewalk Ends.” Cassini retained the dress and put it in his store where a young starlet named Marilyn Monroe purchased the dress. 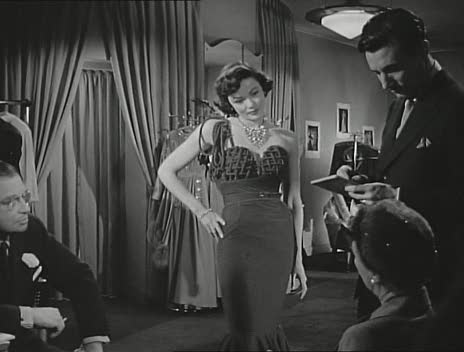 The issue? Cassini’s shop was IN NEW YORK at 16 East 55th Street. Marilyn did go to New York in 1949 but photography didn’t start on Fox’s “Where The Sidewalk Ends” (which was filmed in New York) until December of 1949, 5 months after Marilyn’s trip. To make matters more complicated, Marilyn was filming “The Asphalt Jungle” in Los Angeles in December of 1949. She would wear this dress for publicity photos for the movie. Gene was back in Los Angeles with her daughter and husband by January 22, 1950.

So we know that Marilyn  never bought the dress from Cassini’s salon in New York. What’s complicated is how she actually got ahold of it. Costume designers in Hollywood went by the same method that they do now. The studio pays you for your designs and retains the costumes. Costume designers can (usually) buy them back. Gene didn’t want the dress so it seems likely that Cassini would not have bought this one back, especially being it had not officially been screen worn (“Where The Sidewalk Ends” was released after “The Asphalt Jungle”). The next problem with how Marilyn obtained it is that “Asphalt” was an MGM feature while “Sidewalk” was a 20th Century Fox feature. The most likely scenario is that Marilyn borrowed the gown from Fox during the filming of “All About Eve” in April of 1950. This would align with around the time the publicity photos for “Asphalt” were likely taken. 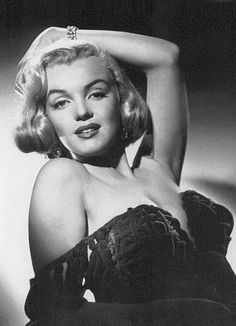 Let’s also establish that Marilyn wore this dress a lot but it has never come up for auction. I find it highly unlikely that she would have discarded this dress, just from a sentimental perspective. If she had owned it, it’s likely that it would have been in the collection of Anna Strasberg that was mostly sold in November of 2016. It’s possible that it could come up in the next Julien’s auction but I personally doubt it. We know that Marilyn frequently borrowed from Fox and would borrow the same dresses multiple times. So what has happened to it? Personally, I believe that it was either never actually purchased by Marilyn and destroyed by Fox or given away by Marilyn. Has anyone seen anything else on this dress? Comment below.