I have pondered how to go about this article for a very long time. It’s a tricky subject to navigate, especially being a survivor of two extremely abusive relationships myself. Yet it has to be talked about. So often we see “Oh if Marilyn had ended up with Joe again she would have been happier/saved/gotten away from Hollywood/etc.”

Look, I love Joe and Marilyn as much as the next guy and there is no denying that the friendship Marilyn posessed with Joe in the last year and a half of her life meant a lot to her. Joe was her rock at this point and he helped her immensely (he was not able to get her released into his custody at Payne Whitney but he did get Dr. Kris to pull her out). There are posthumous rumors of a remarriage between the two but there is nothing to support that from her time period, albeit rumors were swirling around the possibility. Personally, I find it unlikely being she was dating Frank Sinatra for a portion of 1961, supposedly when she was with Joe.

But, we need to focus on 1954. Joe and Marilyn were married in January and she filed for divorce in October. What went wrong” One of the strongest theories is that Marilyn left because of physical abuse by Joe. 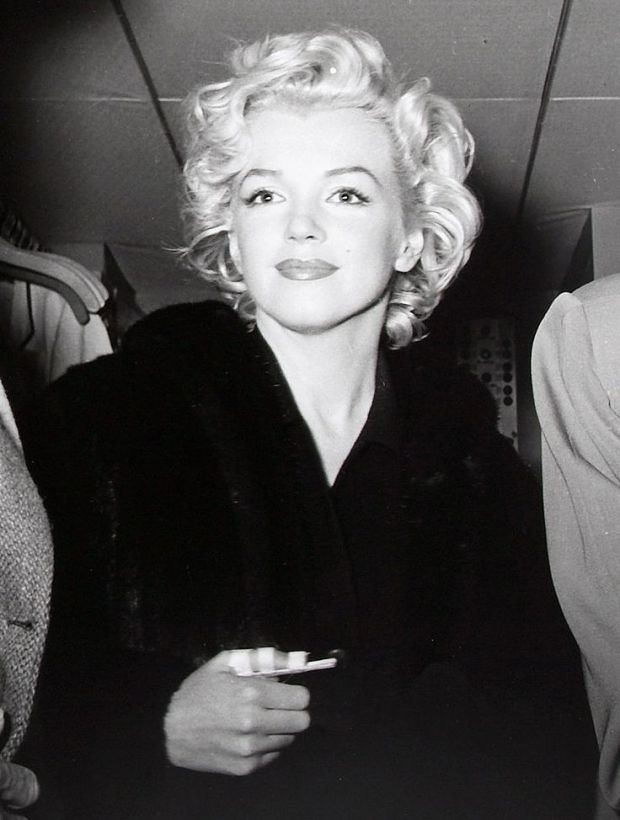 During her trip to Korea Marilyn’s thumb was fractured (although some say it was sprained) and there are two stories that explain how it happened. The first is that Marilyn gave Joe a hug from behind. Not expecting it, Joe threw her off of him. The second is more nefarious. Marilyn and Joe were arguing while packing for their trip. In a rage, Joe slammed the lid of the suitcase down on Marilyn’s thumb, resulting in the fracture. 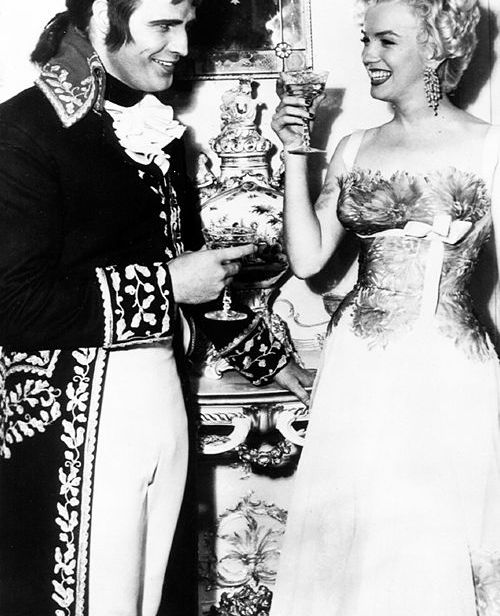 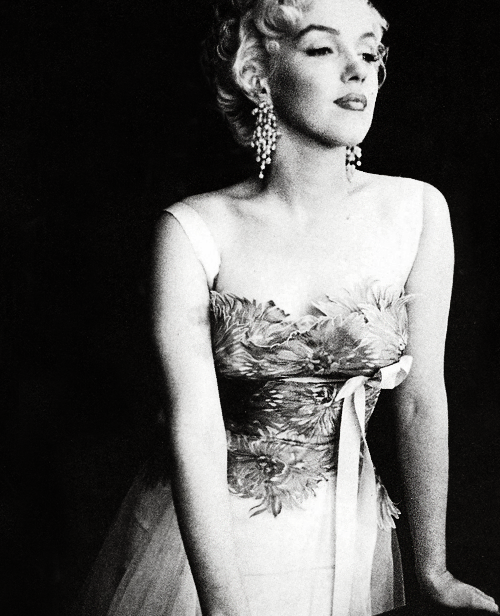 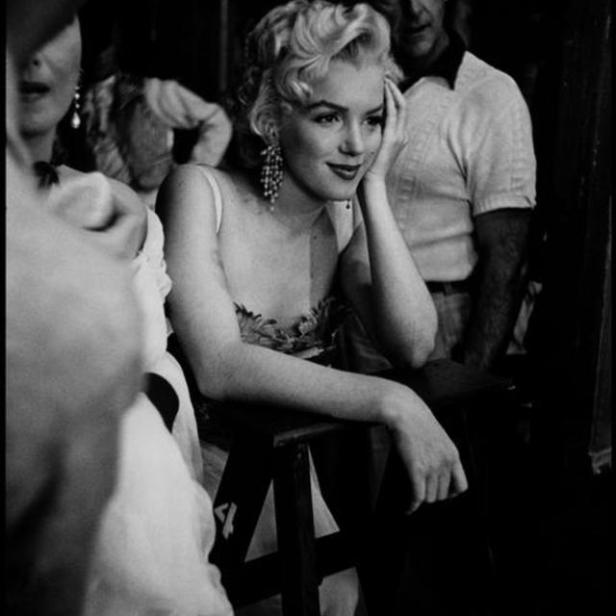 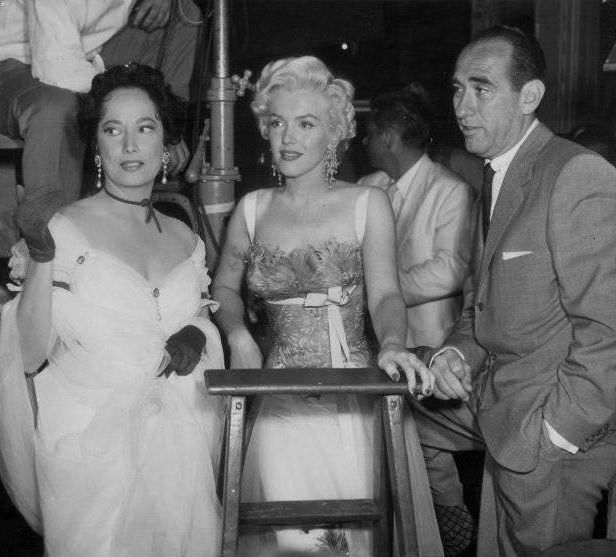 Next you can see a bruise on the inside of Marilyn’s arm while visiting the set of Marlon Brando’s “Desiree.” At this point, Marilyn was asked by Louella Parsons how she obtained the bruises on her arm. Marilyn responded that she bit herself in her sleep. Based on the height on the bruises, it seems unlikely that Marilyn was biting herself right below her armpit. There are no other reports of her biting herself nor are there any other like bruises in any of her other pictures to suggest that this was a habit. 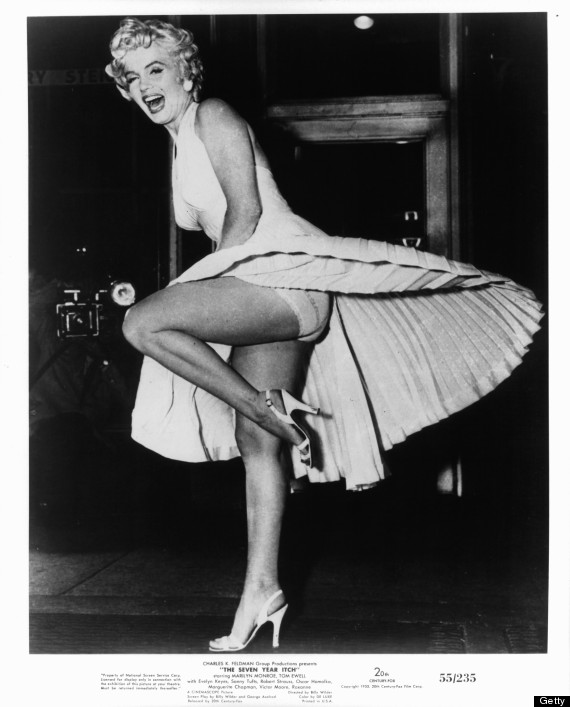 Finally, the most famous story comes from various people who were there to Goddess author Anthony Summers.

Milton Krasner – cameraman for Itch – recalled screaming coming from their suite at the St. Regis.

Gladys Whitten – hairdresser and wardrobe mistress – Said that Marilyn came in the next day with bruises on her shoulders that were covered up because Joe had “roughed her up a little bit.”

Amy Greene – Friend of Marilyn and wife of Milton Greene – “I was sitting on the bed with her mink around me and Marilyn started to get undressed. She forgot I was sitting there and she was taking off her blouse. . . Her back was black and blue – I couldn’t believe it. . . She didn’t know what to say and she wasn’t a liar so she just said ‘Yes.'”

Whitey Snyder – Marilyn’s makeup man and one of her closest friends for over 15 years – “They loved one another but they couldn’t be married to one another. . . . Sometimes he gave her a bad time – he’d hit her up a bit.”

Marilyn finally had enough after that night at the St. Regis. A few weeks later she filed for divorce. You can see her divorce announcement video here:

Marilyn was strong. She realized she was in a toxic situation and left. THAT is what needs to be applauded, not the idea that she was helpless and needed a romantic interest to save her. Joe was old school and Marilyn was a feminist pioneer. She wasn’t going to stand for being mistreated and that, again, needs to be applauded. This is just another reason to love the world’s most famous blonde.