This is a rumor that I see pretty often. Marilyn supposedly being the basis for Tinkerbell. There have been a ton of articles on this subject but figured it wouldn’t hurt to add to the fray.

Let’s just get it out of the way. . . Tinkerbell was NOT modeled off of Marilyn. . .

This is Margaret Kerry, the actual model for Tink. Notice how even her face matches the little sprite. 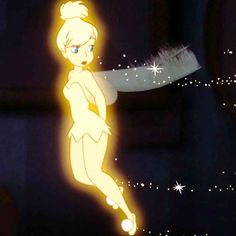 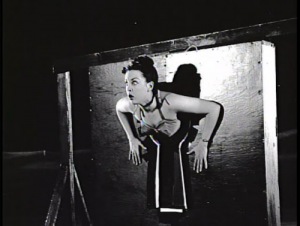 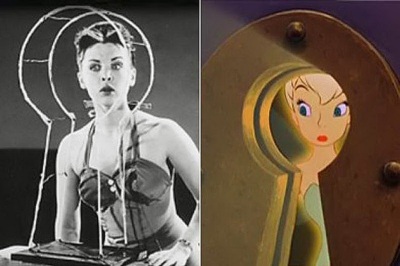 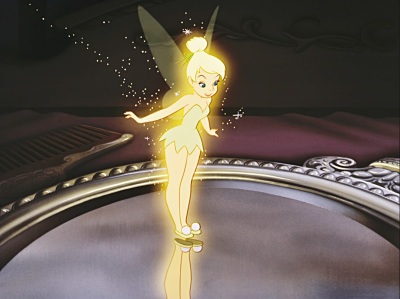 Kerry was also the red haired mermaid and modeled for her. 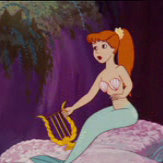 Disney has used a host of models for nearly every movie. . .

Even a stray dog for Tramp

Margaret Kerry shared this on how she got the role and what it was like: “She had just finished a stint as an assistant dance director for the movie “I’ll Get By,” when her agent called her with an interesting proposition: Would she be interested in auditioning to be a model for an animated character?“I thought, ‘How do you audition for something like that?'” recalls Kerry. “I worked up a three-and-a-half-minute pantomime to a 45 rpm record and pretended to fix breakfast, dropping eggs, closing the refrigerator door with my foot, things like that. I did it for (animator) Marc Davis and (director) Gerry Geronimi and afterward they asked me if it would be ‘convenient’ for me to come back next Tuesday. Convenient for ME? No one had ever asked me that before! They chose ME! And then they added I should bring my bathing suit!”Kerry duly reported for work the following Tuesday at 10 a.m. and spent the next six to eight months working on a “cold, dark and dank” soundstage acting out the movements and attitude of one of Disney’s most enduring characters. Davis would tell her to pout or walk, and Kerry would respond, usually capturing the essence of the little pixie to the animator’s satisfaction in one or two takes.“It was not pleasant, walking around the soundstage in my bathing suit all day,” Kerry notes, adding that it did have its redeeming moments. “One day, Buddy Ebsen (the popular dancer/actor of the day who went on to play Jed Clampett on TV’s “The Beverly Hillbillies”) came by the soundstage. And two or three times Walt himself stopped by. I introduced myself to him one day, probably said something pert, and told him that I’d gone to school with his daughters — one was older, one was younger than me. He surprised me when he said, ‘Yes, they liked you!'”

Kerry says this in another interview: “This use of live action was by no means unique to “Peter Pan.” In Disney’s “Snow White” and “Sleeping Beauty,” actual footage was not merely referenced but often painstakingly traced or “rotoscoped.” Live action continues to be used in animation today. Kerry easily recognizes her own body language in the 1953 film. So did her second husband, Jack Willcox, whom she once took to a “Peter Pan” screening. ‘I was so excited and nudging him,” she recalls. ‘There I am!’ I said. ‘Jack! Jack! Jack, that’s me!’ He just leaned over and said, ‘Margaret, I’d recognize those thighs anywhere.”

Kerry’s legs had in fact been christened the “Most Beautiful Legs in Hollywood” shortly before “Peter Pan” went into production, a fact she now begrudgingly acknowledges. ‘Terrible thing! It was a real throwback from the early ’30s. But my girlfriend wanted to do it if I’d go, so I did, and I won. She never spoke to me again.’

During her audition, Kerry says, it was her pantomime of Tinker Bell standing on a hand mirror sizing up her hips that got her the part. Other scenes such as that of the pixie stuck in a keyhole, hips gratuitously wriggling in a rear-angle shot lent an uncharacteristically saucy element to this Disney classic based on the James M. Barrie story.

“You just didn’t get shot like that in a family movie,” Kerry admits. ‘There were a lot of people who thought Tink was just a little too sexy. But what Marc [Davis] told me–how he got away with it–was keeping the bottom half womanly but drawing the top half as a little girl.'”

Well maybe Marilyn wasn’t the actual model but she could have been based off of her. . .

Most likely not. Tinkerbell bears a strong resemblance to Margaret AND it came out on February 5, 1953. Production however was mostly done from May of 1949 until mid-1951. Peter Pan was originally going to be the next movie made after “Snow White” but Disney was unable to secure the rights until 1939. Bambi was already in production at that point and with the US entering WWII in 1942, Peter Pan was shelved. You can, however, see glimpses of Captain Hook in 1941’s “The Reluctant Dragon.” 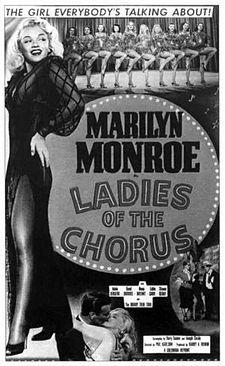 Still not a household name. Marilyn’s star would drastically rise after being given the part of Lorelei on June 1, 1952. There are, however, no known drastic changes to Tinkerbell. In fact, when the new Peter Pan movie, 2002’s “Return to Neverland,” was drawn, Margaret Kerry’s footage was brought out from the Disney vault and used to once again bring Tink to life.

The rumor that Tinkerbell was based off of Marilyn didn’t even come around until the 1980’s, most likely because of the 1953 release the correlated with Marilyn’s shoot to fame and the combination of a womanly body with childlike happiness that makes Marilyn (and Tinkerbell) loved over 60 years later.